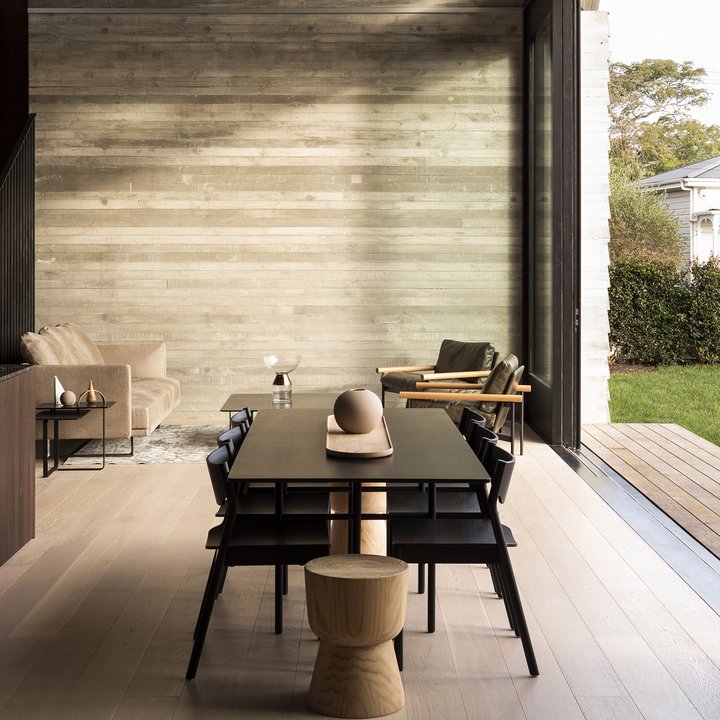 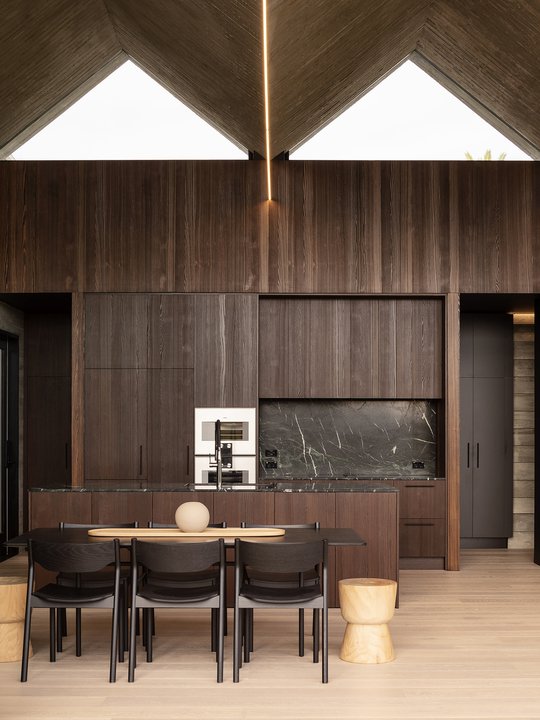 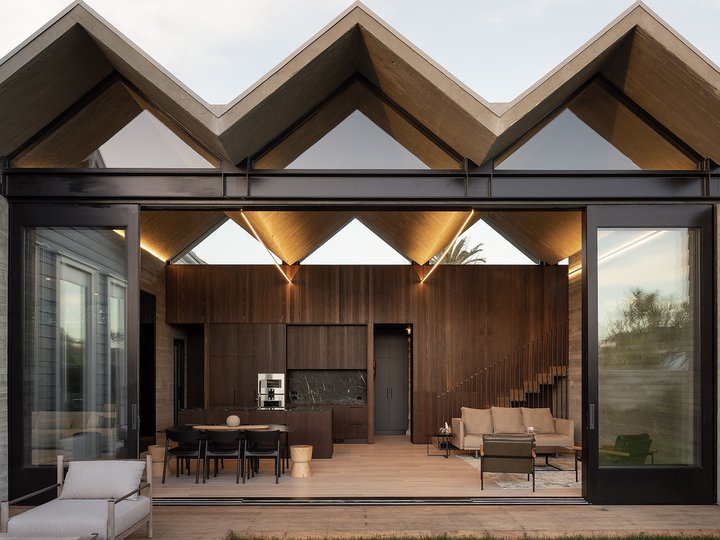 This unusual site has two street frontages, one occupied by an Edwardian villa, the other was a large lawn. This presented the opportunity to have a second front to the house, in the form of a significant addition that faces the rear street.

The addition is stridently modern but takes compositional cues from the gabled rooflines of the villa that it extends. Care has been taken to express the raw materiality of construction, but in a controlled and mannered way. The key compositional element is a fine folded roofline in poured concrete. This mimics a series of corrugated iron gables on the original house. Concrete weatherboards provide another link to the original house on the site.

The pleated addition forms a dramatic social space that opens to the garden. Glazed front and back, it maximises natural light to the interior, also providing a framed view of the suburb beyond when seen from the street.