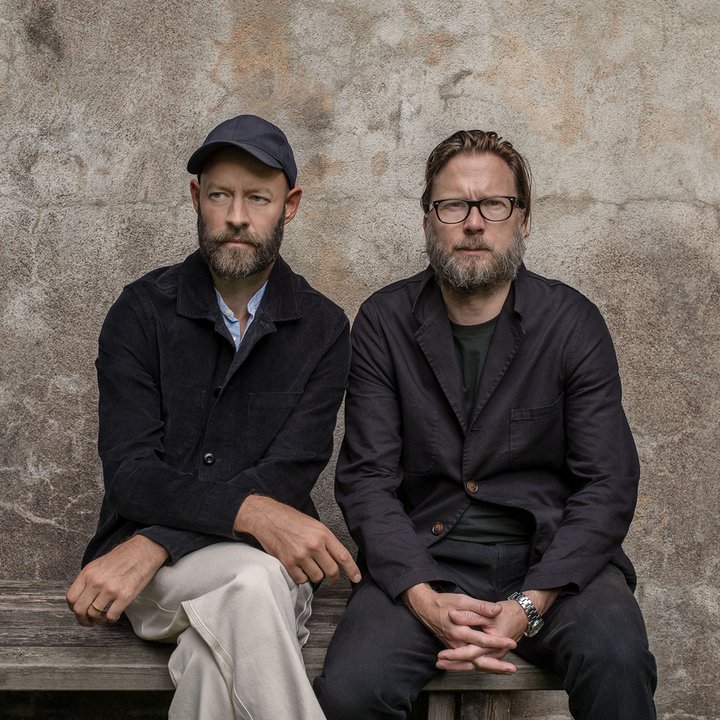 You are English and grew up in Hertfordshire. How did you end up in Sweden?

I worked for Jasper Morrison in the early 1990s and he introduced me to quite a lot of people in the industry - one of them was Thomas Sandell, an architect based in Stockholm so when I finished college I asked him for a job and I moved to Sweden for what I thought  would be six months. That was 24 years ago!

Do you think your environment (Stockholm) has affected your design style? If so, how?

I grew up in quite a traditional English home environment full of decoration and flowery patterns, I think my first ideas about design were a kind of rebellion against that. I embraced modernity and perhaps that’s why I was drawn to Sweden which has a history of modern design and in general a pragmatic approach to interior spaces. England as changed a lot since I left, but its been lovely to work in a country that really prides itself on an appreciation of contemporary design.

You have recently designed the Buster Table Light for Resident. How did this collaboration come about?

Simon James (Resident Creative Director) had been a retailer for our collection for a few years in New Zealand and so we came to know and admire Resident and their products. Since we had no plans to make lighting products for our own brand a collaboration for a lighting product for Resident came up us a possibility.

Is this the first light you have designed?

Yes it is, I’ve only ever focussed on furniture beforehand. I’ve been interested in lighting for a long time, and been involved in projects through working for others so I have some knowledge in the area but I’ve always been preoccupied with furniture until now.

What was the inspiration for Buster and how did this translate into its features?

I thought of Buster as simply an armature to direct light. In its simplest form a lamp is a light source and its very useful if you can direct that. My kids were playing with Lego Bionicle at the time, and I was impressed with the ball and socket joints that are a feature in those toys. So Buster became a project about solving that type of articulated joint in a lighting product.

How / where is Buster best used?

Buster can be used as a task lamp on a desk or to provide ambient and mood lighting in any room. Since the lamp head can be positioned in many different directions, its very adaptable to different situations.

Is there a fundamental difference in the design process between designing Lighting and Furniture? If so, what is it?

The general process is similar - refining a design through iterations in collaboration with production. However, Buster relied greatly on technical solutions and involved many small scale components coming together with precision, more so than with a piece of furniture. With furniture I tend to do most of the product development myself, but with Buster I drew on Resident’s experience in lighting to reach the final product.

Mass Productions are currently celebrating their 10 year anniversary. Is the challenge of running your own business what you thought it would be?

I’m quite single minded in what I do – I’ve only ever wanted to bring my ideas into reality, which I have done now in various ways my whole career. Working with Magnus on our Massproductions project for 10 years now has been hard work but very satisfying. Magnus has built a company around my ideas and our friendship and working relationship has been the driving force in our success.

Yourself and Magnus are both sporting some prolific facial hair at the moment. Is this a competition and if so, who is winning?

We both came back after our summer break and had coincidentally grown beards. Then it became an unofficial competition to see who could go the longest without shaving. I’ve got no idea how this will end up!